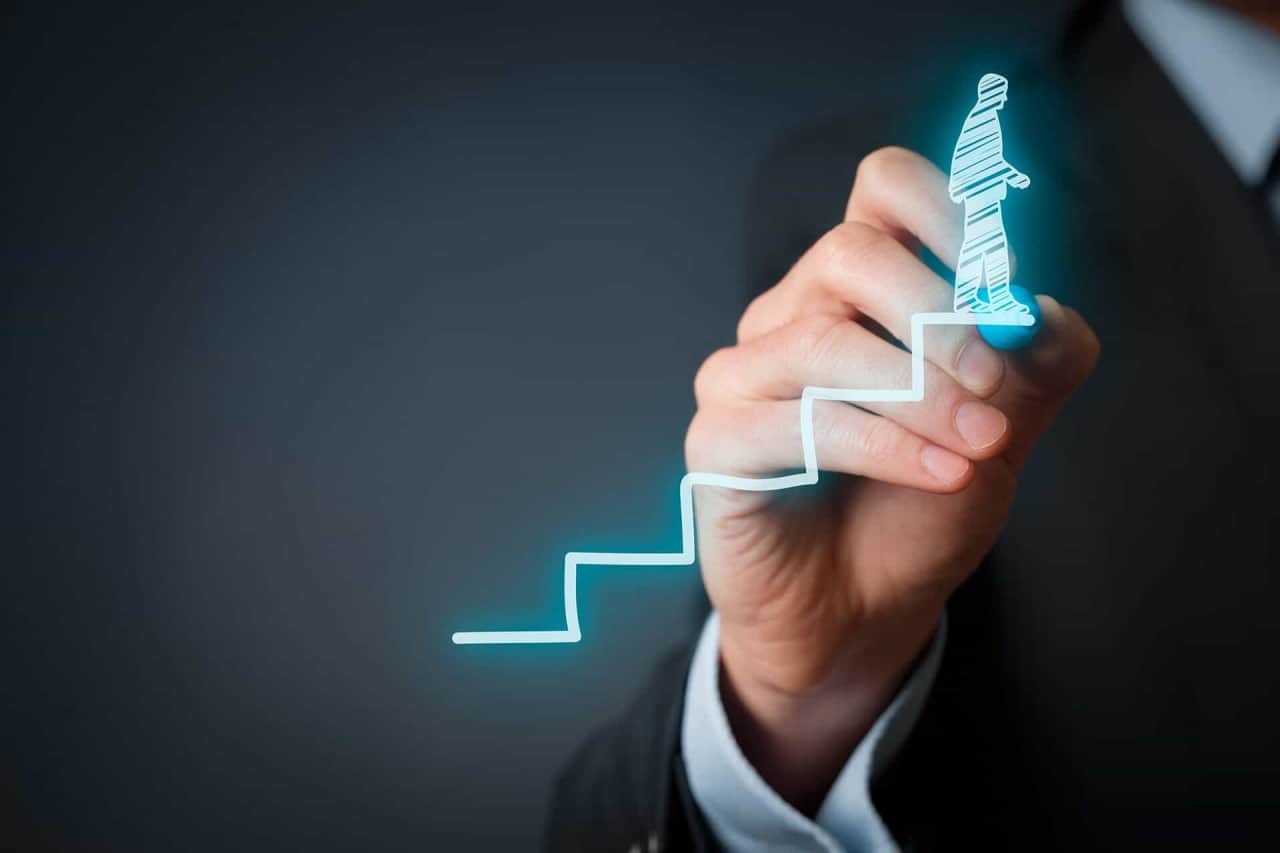 The main signs that you are getting better at poker

How do poker players know they are growing as players? What criteria tell you that you’re progressing in poker? And how do you know that it’s okay to try your hand at a new, more serious limit?

Sometimes after a successful session, some poker players think: “in the last 50 hours I’ve won $1,000, does that mean my game has improved?”. Focusing on short-term results when answering such a question is definitely not the best decision.

Sure, if you’re playing low or even medium limits, winning $1,000 in 50 hours is pretty good, but it doesn’t mean you’ve grown as a player. That possibility is certainly there, but understand that the evidence is too weak. After all, there is a very large percentage of luck in those numbers.

However, if at a more solid range – say 1,000 hours – you were winning on a regular basis, that would already be more serious evidence as far as your level of play is concerned. However, even such a criterion will not be the best in evaluating your growth as a poker player. After all, no one knows what level of play you will show in the next 1,000 hours. Maybe you are really progressing. Or maybe you’re still winning, but not as much on average as you did in the last 100-1,000 hours.

1 You no longer play borderline hands out of boredom

Typically, a huge number of poker newbies suffer from this problem. Almost all players at the lowest limits feel bored at times. Never mind live poker where in an hour you can play 20-30 hands at best. Of course, at such a low pace of play many poker players have a desire to play with mediocre hands.

When good cards don’t come in for two or more hours, players begin to think that they could do much more interesting and productive things today instead of playing poker. This leads them to enter the game more often with bad hands, making excuses to themselves like, “I won’t deal nats all the time,” “It’s been so long since I entered the game that my opponents probably think I’m very tight, it’s time to play,” and so on.

I think you’ll agree that these aren’t the most logical arguments. And such decisions cannot a priori be pluses. You just happen to have a stretch right now where you’re getting garbage handed out. And you need to survive that cutoff.

There are some cases in poker where playing mediocre hands is not only possible, but necessary. But the so-called carddad is clearly not one of them.

This problem is also primarily applicable to beginners. They like to enter the game too often with cards they don’t know how to play on the postflop. They often call their bets on the flop and turn, hoping to get at least a pair. As a rule, they don’t get stronger, and they pass.

Of course, that’s a very bad strategy. You have to keep drawing for objective reasons every time. What distinguishes good players from bad players? They are much more likely to keep playing on the postflop, finding ways to win.

And until you’ve gained enough experience, the “fold” button is probably your best bet. A poker player’s progress is evident when they start to see the hands they need to enter and stay in the hand, fighting for the pot, and discarding the cards that don’t fit.

3 You understand why you’re using a particular hand

Betting size is incredibly important in No Limit Hold’em – the right sizing helps you lose less and win more. Virtually every raise you make (especially in the post-flop!) must be explained – why do you choose that size of bet in that particular situation? Beginners usually don’t understand the importance of saizings, so they lose more.

If a poker player begins to realize why he uses a particular sizing, it means that his level of play is increasing. This is more relevant when the player overcomes the fear that comes with making decisions. Many beginners are guided by the fear of losing a lot of money when determining sizing. Unfortunately, this is ubiquitous in poker. And it is a very bad strategy.

So, if you’re clear about why and why you’re using different postflop saisings, it’s definitely an indication of your growth in poker.

4 You’re focusing on the hand draw, not the prospect of winning money

One of the major mistakes amateur poker players make is asking themselves the wrong question after losing a big hand, which is, “How could I have played it differently so I wouldn’t have lost so much money?”

If a player thinks this way, he may eventually conclude that the hand he lost should have been played in a more passive manner. However, this may be a fundamentally wrong conclusion.

A good poker player understands that even playing correctly cannot guarantee winning in the short term. This applies to absolutely all the hands.

A sign of progress in the game will be ignoring the fact of losing and competent analysis of the hand, which will help to understand how to play better in such a situation next time.