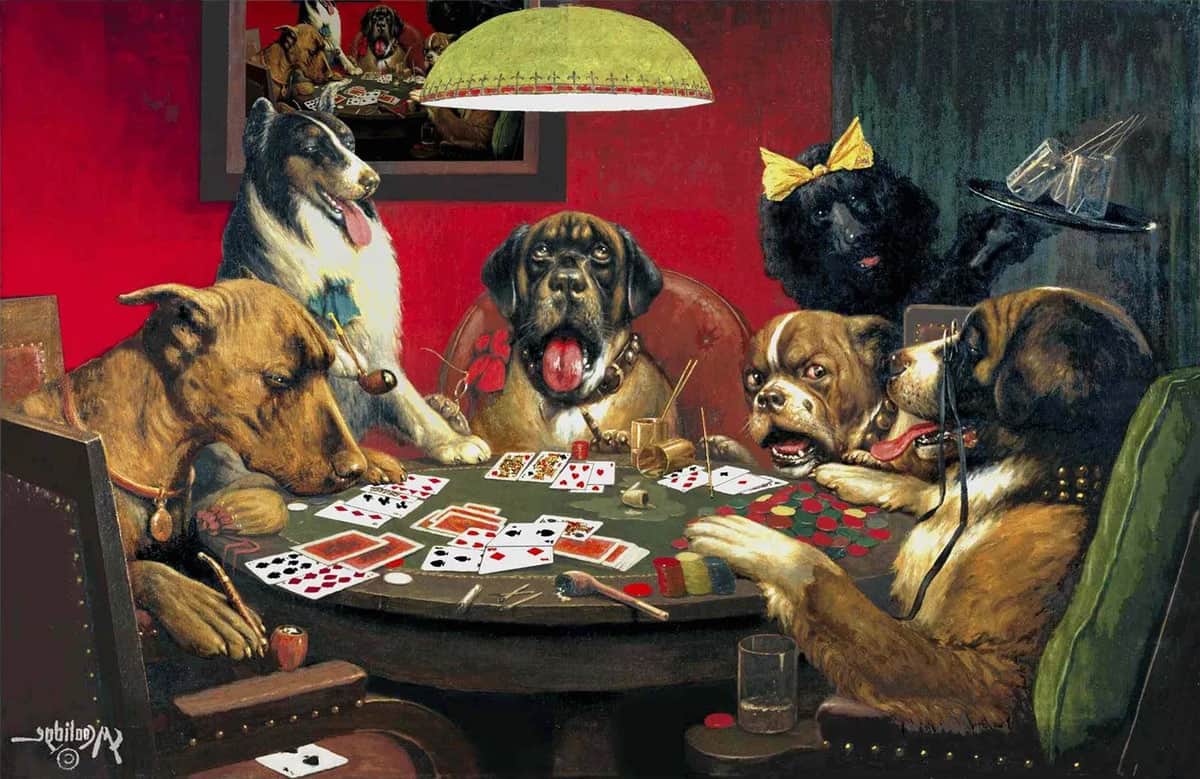 In poker, almost every action and situation has its own term. With such an abundance of new words, a beginner can easily get confused and lose the essence of the conversation. We are ready to help you and in this article we will analyze what an underdog in poker is and what dogs have to do with it.

Who is an underdog in poker

The meaning of the term goes all the way back to the English etymology when fighting dogs were popular. And by underdog was meant a dog that lost a fight. Modern translations give a clear understanding of what an underdog is. Interpretations such as “loser”, “outsider” or “defeated side” have appeared.

It turns out that the underdog in poker is a player who at a certain moment of the game has weaker cards than the opponent.

However, this does not mean that such a player has no chance to win. Since poker consists of different stages, the appearance of cards in which it is impossible to predict accurately.

Suppose two players each get a pair in pocket cards. One gets a 9-9, and the other gets a J-J. Already at this stage you can identify the underdog, which is the first player with a pair of Nines, which is inferior to Jacks.

But the main point is that being the underdog in poker doesn’t mean losing the deal!

The favorite and the coinflip

We’ve learned that underdog means a player who has a lower chance of winning than his opponents. So his exact opposite is a favorite. If we go back to our example with pairs of Nines and Jacks, the table player with J-J is the clear favorite. In other words, it’s the poker player with the strongest hand at a certain point in the hand.

But, as with the underdog, the title of favorite doesn’t guarantee a victory. Due to the unpredictability of the game, even good cards may not always save. By the way, the situation when a poker player loses with a strong hand is called Bad Beat. Some poker rooms even pay a special reward for such a mishap, which can be twice the size of the pot.

Being both a favorite and an underdog, you should not act recklessly and rashly. Stick to the strategy so that the risk is really justified.

And while we’re on the subject of odds in poker, it’s worth mentioning the term coinflip. Compared to the underdog and the favorite, it gives players an equal chance of winning a hand. This name comes from the old game where you had to flip a coin. And it turns out that the odds of winning would be 50/50.