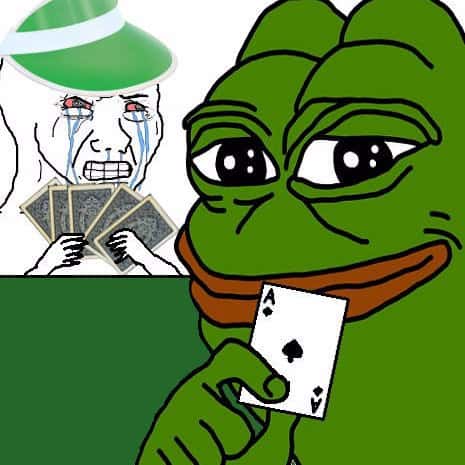 How to survive the Bubble Stage in Tournament Poker

The goal of any tournament poker player is to reach the prize area and get a guaranteed piece of the fund. However, everything is complicated by the most crucial moment in the game – the Bubble. This is the pre-final stage of the tournament, where you have to wait for several opponents to fly out. Those lucky ones who can hold their positions will make it to the prize area.

The peculiarity of Babble is that the dynamics of the game is rapidly decreasing. No one wants to leave the table empty-handed, so the tactics are more accurate and thoughtful. All who are used to play aggressively, take a wait-and-see attitude to continue attacking the opponents, but in the prize area.

Bubble Boy is the saddest player of the tournament

Perhaps the status of the bubble boy is the most unpleasant and dreary in the entire tournament. Simply put, it is the very last player after which the prizes come. The 101st out of a possible 100. Of course, no one is immune from being eliminated at the Bubble stage in poker. And such a situation can speak of two things: simple bad luck and a mistake made in the player’s strategy.

When poker players are eliminated from a tournament only one step away from the prize zone, it hits many people’s self-esteem. Even the pros often catch tilt after being in the status of a bubble-boy!

That is why we strongly recommend you to take a break after an unsuccessful session, so as not to waste your bankroll on emotions. Just a rest will allow you to assess the situation sensibly and analyze your mistakes. Working on yourself will allow you to survive Bubble and move higher on payments.

Playing strategy on the Bubble will largely depend on the size of the player’s stack. It is on this factor and will build its further strategy. Let’s take a detailed look at how this works.

The most dangerous situation in tournament poker is when you have a small stack of up to 15B. That’s because he can’t afford different tactics.

All that is available to such a poker player is betting all-in. There is also an option – to fluff, but this method should be the final word of the owner of the short stack. Otherwise, the opponents can easily call or even raise.

Monster cards starting with J-J are good for the flush. Preferably start the flush while in the blinds or in a late position.

It’s also important to consider your opponent’s stack: avoid chip leaders and play more tighter against those with a smaller stack. Simply put, wait for someone to flop.

In this case, the size of the chips will be up to 50 blinds. The strategy of Bubble poker players with a medium stack should be more passive. It is better to prefer a check or a fold. These players have a good chance to reach the prize area and compete for generous payouts.

The player’s objectives are not to compete with the chip leaders, to pressure opponents with a smaller stack if possible, and to keep his own stack in order to play comfortably in the prize area. If possible, save chips by being aggressive with good cards.

When a player has over 50B, he can afford to be more aggressive in the Bubble phase. The poker player continues to build up the stack with stacking, preferably in a late position.

When receiving aggression from opponents with a large number of chips, it is not worth the risk, especially without a strong hand.

Tournament players often make the same mistake – stalling. At the Money in Poker stage, such behavior can lead to elimination due to ever-increasing blinds. Taking a long time to make a decision will cost the player a lot more.

The player with the most chips at the table is the chip leader. As a rule, such a poker player will be the most aggressive and push his opponents with the stack.

In case the chip leader moves first, he should raid with almost any decent cards. There is also a need to make frequent 3-bets to get opponents to pay them off.

The main opponent of the chip leader on the Bubble will be the player who is second in chips after him. Having received a return bet from such an opponent, it is not unreasonable to make a continuation bet of the size of half of the pot.

However, you should not risk the stack unnecessarily by getting aggressive in the preflop. In this case, you should respond with only the top pair in your hand.

Having studied poker strategy up and down, everyone is sure that with such top pairs as K-K and A-A- it’s safe to go all-in, even in the preflop. However, at the Babble stage of poker, it does not always work. It is not uncommon for players to fold even a pair of Aces before the payout zone.

When it’s best to fold AA:

Bubble in poker requires the player to be extremely careful and attentive. Any wrong move threatens the participant of the tournament to drop out. In order to ensure your passage to the ITM zone, you should pay attention to practice. Use ICM calculators to mathematically determine favorable decisions in the game. And good luck from Pokerbot AI team!